Little to do, but what a nice place to do it in.

Positano hibernates in winter. At least that’s what I thought as I walked along deserted streets lined with closed shops and bars. No pizzerias open in my neck of the woods. All movement seemed to be uphill where the only bar open teemed with locals steaming the windows. 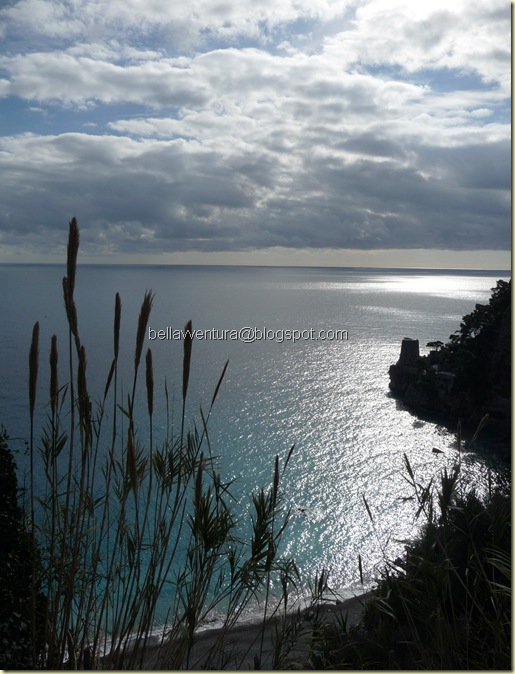 There was little to write about so I gave myself a blogging break.

Stormy nights with a wild sea that seemed to be breaking right outside my windows alternated with sunny skies and billowing clouds just warm enough to dry a load of washing. Pelting rain on the domed roofs woke me up with lightning cracking overhead in the middle of the night. Windows rattled with the thunder. The weather is anything but dull here. 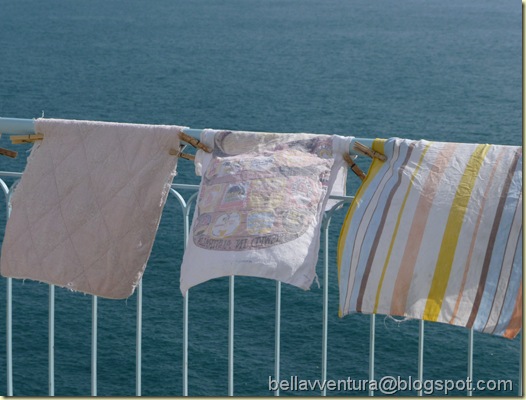 The young Positanesi were as busy as beavers, locked away in their garages and cellars, and seen squirreling away large rolls of bubble wrap and foil. They were secretly making their ‘Carri per Carnevale’ or Carnival floats which is a ‘big to do’ amongst the young here. Due to a rainy Carnival week the Parade was suspended until the week after I left, but you can see the effort that went into building the brilliant floats from these photos . A special one was dedicated to Positano’s mythical creature called the Pistrice, housed up above in the bell tower in front of the main church. 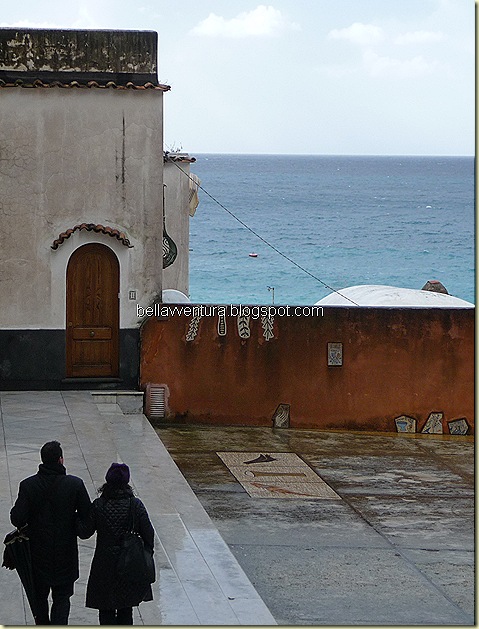 Despite the wet season and relative cold (if you can call 12 degrees Celsius cold), with the first burst of sunshine, there would be someone taking a dip in the sea. 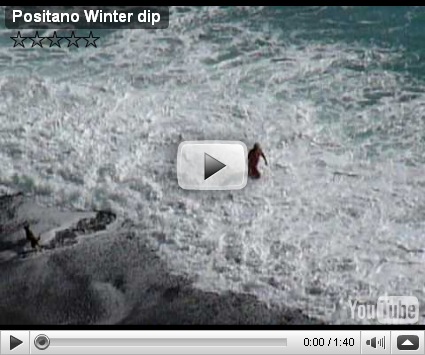 But with the mountains looking like this, it was better him than me. 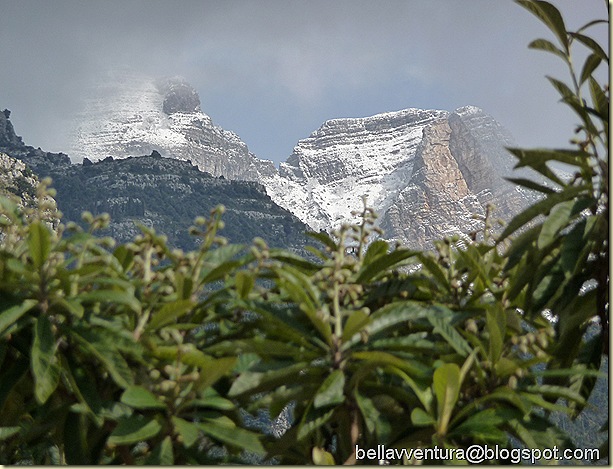