The Sea’s Side of Positano 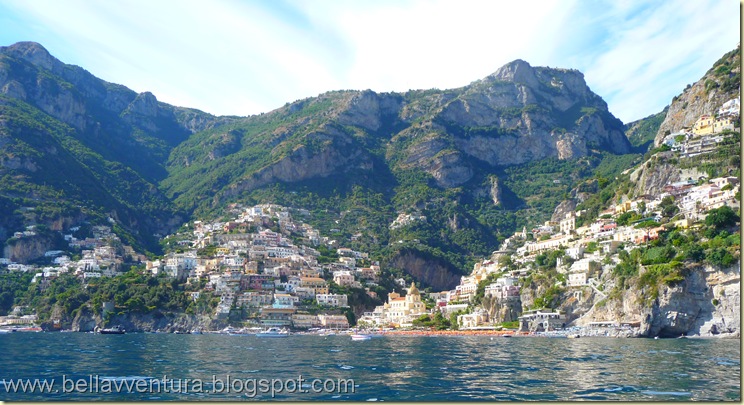 Our little boat chugged along the lake-like sea hugging the rugged coastline between Positano and Praiano on the Amalfi Coast. It was the first days of September and the climate was ostentatiously spoiling us with a soft gentle sunshine and deep crisp colours. I could well imagine this lazy rocking in the sea being called the Dolce Vita now that the noise and traffic from the motor boats and ferries had diminished, a legacy of the paradise that Positano once was.

Letting  my hands languish through the silky water, we passed inlet after inlet of tiny pebbled beaches leaving behind cliffs tinted in varying shades of blue on the horizon. We’d left home early with the intention of taking one last boat ride before putting the little boat away for the winter and hopefully using up the last of the petrol in the egg beater sized motor, when we thought we might drop by for coffee at Laurito beach before heading back to Fornillo. 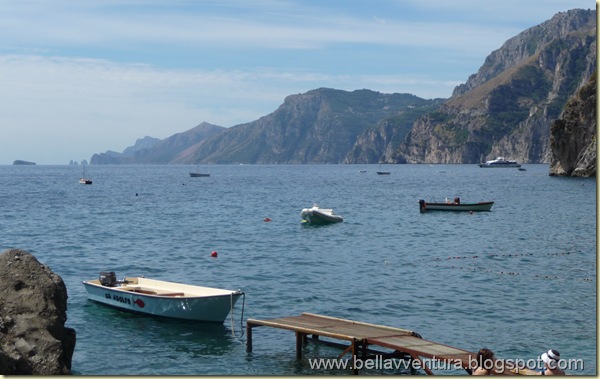 My husband accosted the wooden pier and let us out before dropping anchor offshore and diving into the sea to reach the beach in a few strokes.
The restaurant Da Adolfo, little more than a stone wall filled with pebbles on which rustic wooden tables were set  under a canopied roof, was much closer to the sea than I remembered it, the tides haven eaten away most of the beach over the years. A couple of rows of deck chairs were set out for the clients arriving on the official boat but so far I could only see locals around, some of whom had reached the beach from the stairs. 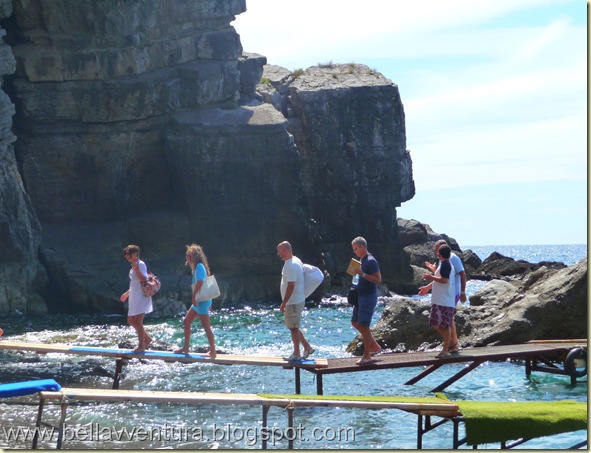 A clinking sound caught my attention.
A local owner of another restaurant at Positano was tapping sharply on the rock in the water while holding a sloshing plastic zip locked bag in her other hand.
She was obviously gathering what are known in Naples as ‘patelle’  from along the cliff faces with which to make a pasta sauce.
In fact a common summer pastime in these parts, though you’d be hard put to find it on a menu in the area, is foraging along rock pools and cliff faces for limpets. You’ll see many a local diver with a sharp knife or armed with an appropriately shaped rock in do-it-yourself style, returning with small rattling bags of  mollusks.
When foraging for patelle, the smaller the shell is, the better the taste will be as the  shellfish inside is more tender. I have been told (as I’ve never tried them) that the taste is something between the delicate clam and a heartier mussel.
Our friend had whipped up a sauce in five minutes using patelle, a few small crabs found in rock pools and a handful of cherry tomatoes in between preparing other things for her restaurant and had sent this plate of much appreciated spaghetti with a boy to her husband, who runs a seafood restaurant a few doors down from hers. She was intending to do the same that night. 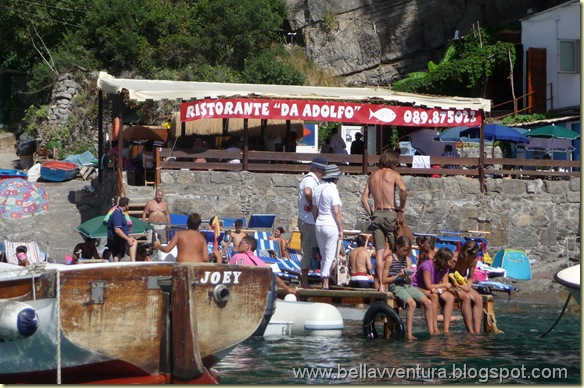 In real Italian style, our late morning coffee transformed itself into a leisurely lunch as we were unable to resist the lure of the enchanting view right down to Capri nor the choice from the  blackboard menu which heavily featured local fish dishes. By midday, the restaurant was bustling as the boat unloaded tourists from Positano.
Dripping sea water from our swim  and chatting at our ‘Positanesi’  table, we enjoyed mozzarella grilled on lemon leaves - a Da Adolfo original dish, grilled shrimps and  Carpaccio di tonno (fresh tuna finely sliced) for our antipasto, then ‘mpepata di cozze (mussels sprinkled in black pepper), spaghetti with zucca e vongole (clam and pumpkin sauce) and tonno fresco con paccheri  (fresh tuna sauce with pasta).
We made our way back to town in our little boat slowly, ever so slowly, drawing out the best September had on offer. 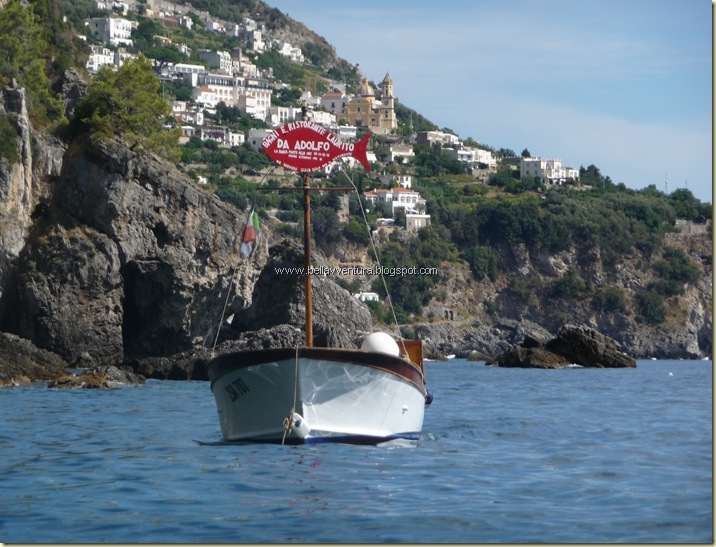 Top story featured on paper.li: Tomorrow is Today in Italy, The Top-Bloggers-in-Italy Daily ,The Travel Blog Round Up and The Internet Villa Hols Daily
by Rosa 19 comments:

A heavy family history of Breast Cancer in my home makes this a cause close to my heart. 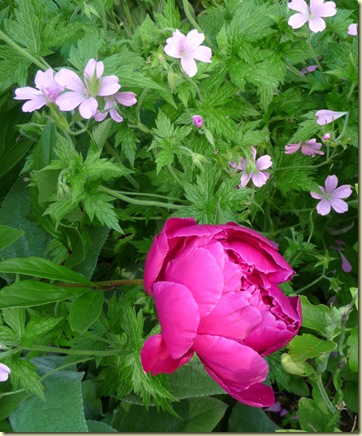 October has seen the Pink Ribbon Campaign against Breast Cancer come into full swing remembering those who have died, those who are suffering but also the survivors of this insidious disease. 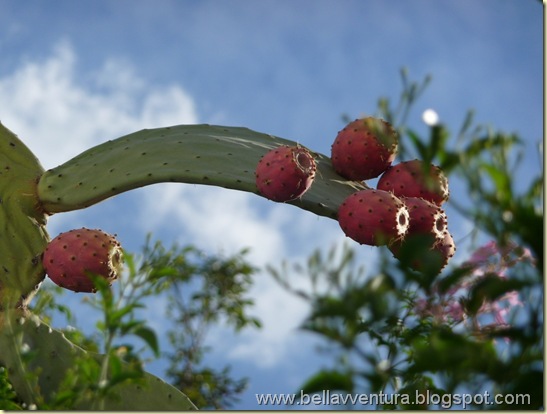 Prevention is perhaps too optimistic a word but there are healthy changes that you can make to make your body stronger to fight the disease should it rear its ugly head. 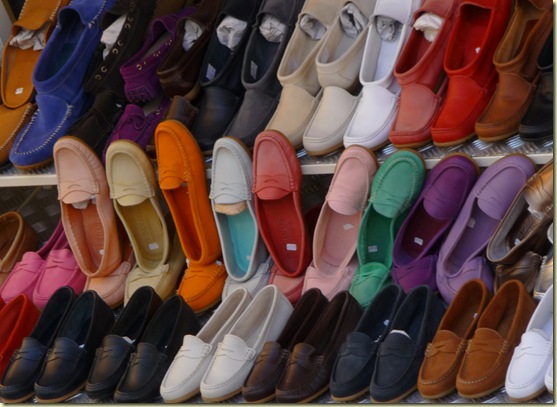 and of course get your breasts checked regularly at any age. 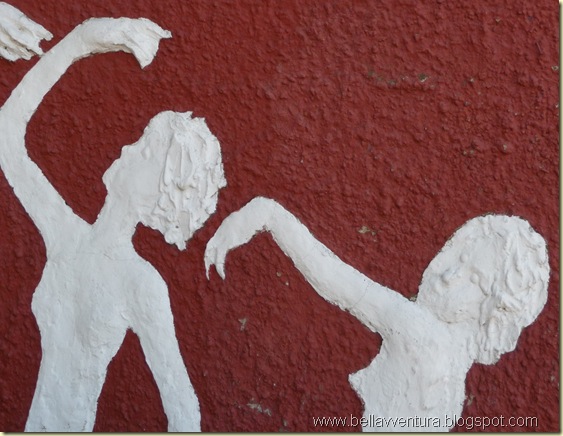 
My mother, an exceptional cook, died of Breast Cancer just under two and a half years ago.
I would like to share her very special recipe for Brandied Lemon Ricotta Cheese cake with you in her honour. 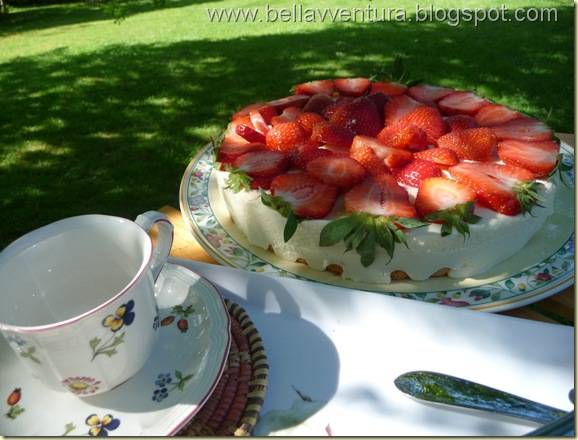 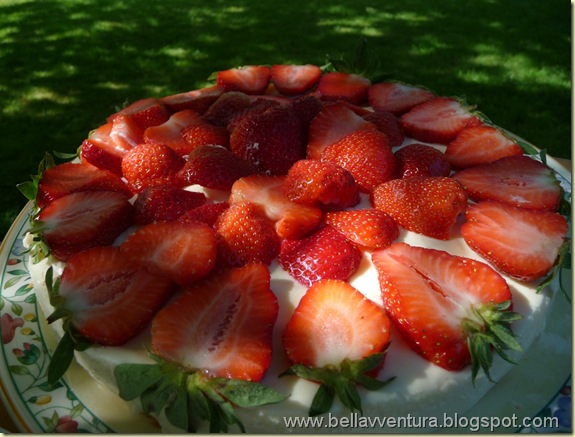 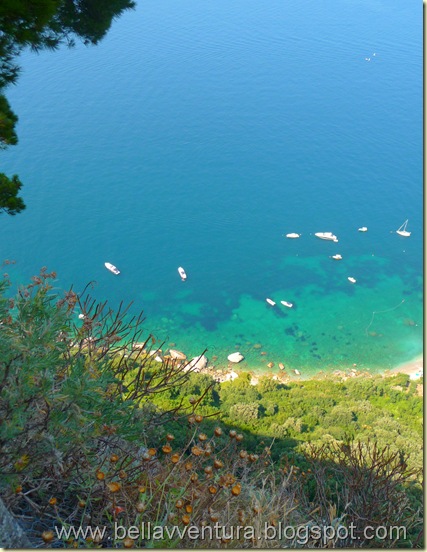 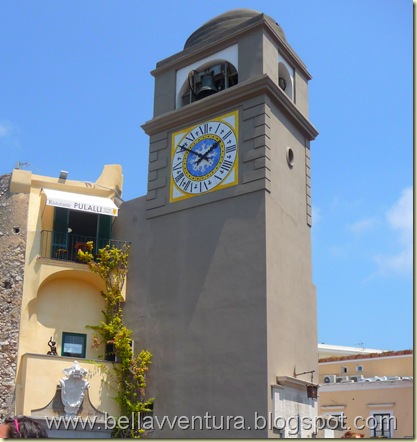 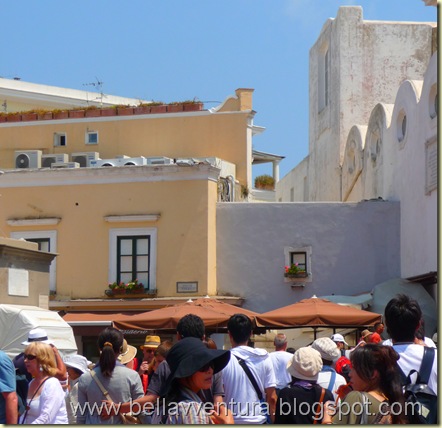 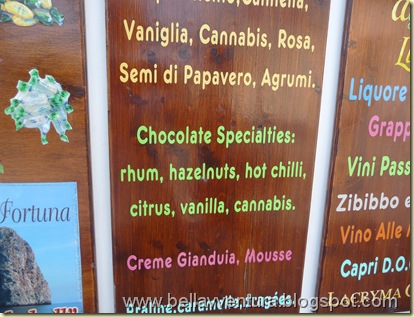 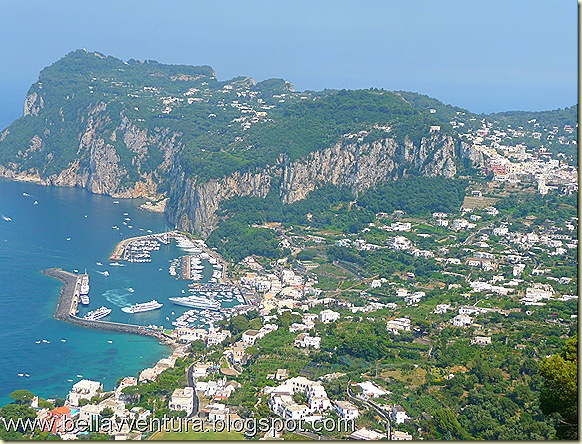 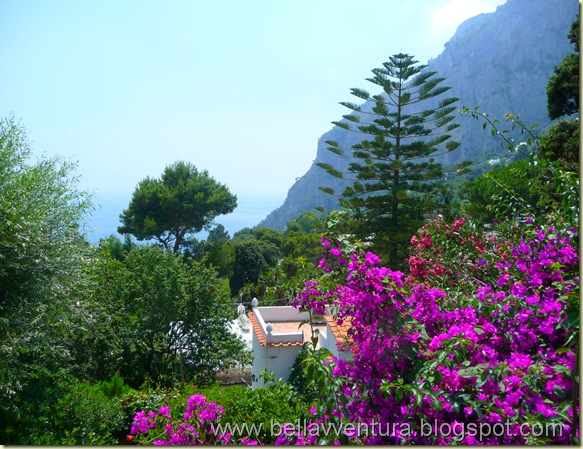 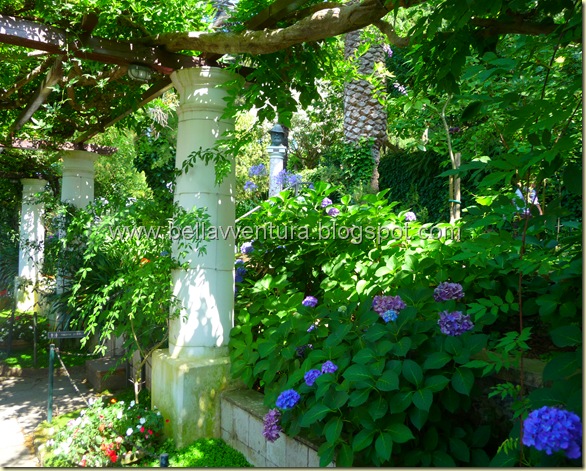