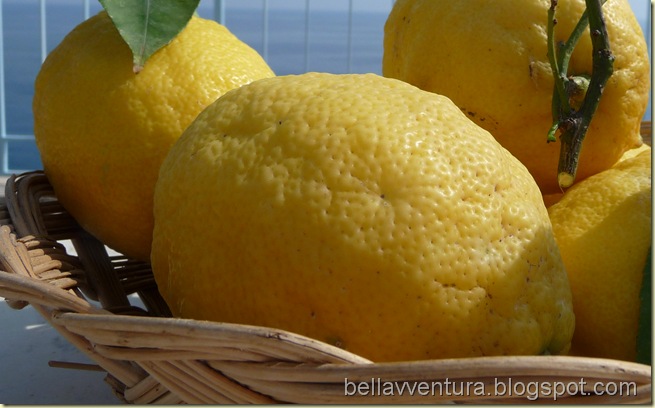 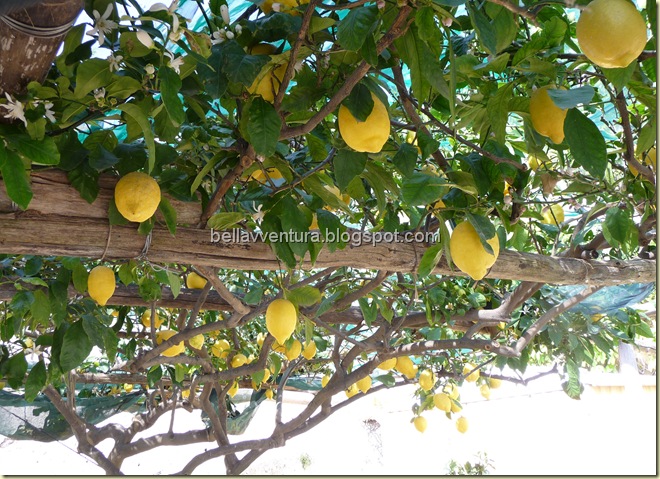 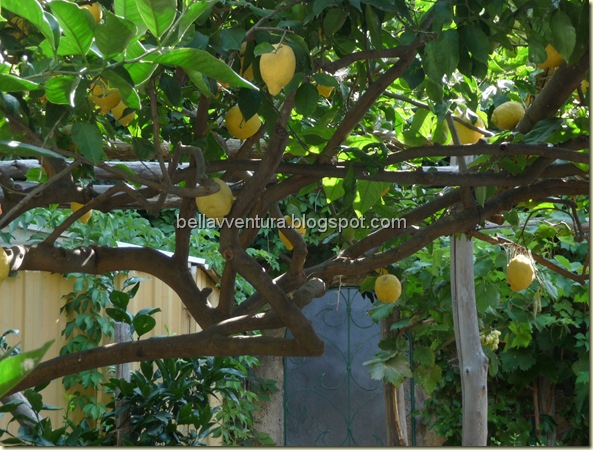 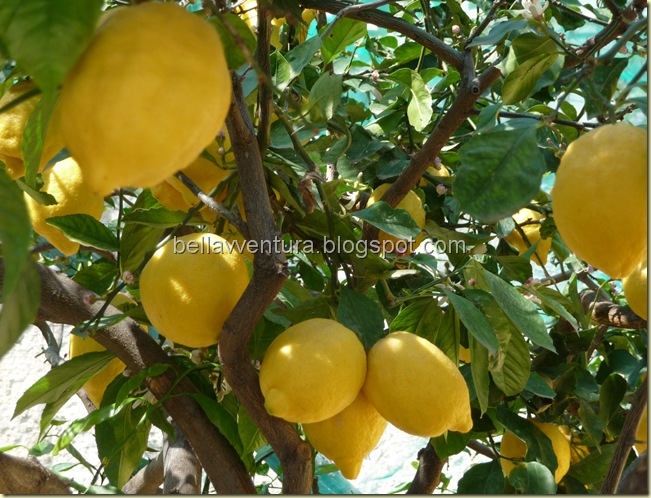 That sucks, how awful!!!

Terrible...! Those lemon trees you pictured look gorgeous! I hope you catch the culprits that stole the lemons, but your wishes for them were indeed priceless..!

Oh Scintilla, that is so awful, why do people stoop so low, or in this climb the ladder!!!!

I agree with you, whatever your lemon thief/thieves decide to do with YOUR lemons, oh hope it all goes wrong, so bad of them... :-(

I am shocked to hear this is the first time it happens to you. We have gardens in Montepertuso an dalways harvest half what we plant.
ANother LOVELY side of POsitano, right people?!!
dollyna

Oh, I'm sure he or she planned to leave you a bottle of the new batch of limoncello. :)
BTW - Your floral pics are to die for!

Terrible... I like your curse though & hope it works.

I hate that. Reminds me of the children who climb over our fence and steal the mangoes.

I want some lemon in my food but this variety is a little expensive here. I envy your garden but not enough to make me steal. :)

Ladro di limoni! What ever next!

Your photos are beautiful, I think the lemons from the Amalfi region are so special. Makes our one lemon tree look so puny.

Hello BA, my first visit to your site and I have been captivated by your lovely pictures and writing.
May the curse of the lemon thieves, follow them wherever they are.

I love Lemons tooand alway smuggle some home when we visit The Med.
We do pay for them at local markets...honest!

What a b*mmer!
Your lemon pergola is to die for! And your lemons don't look as though they will be dry, lacking in flavour or full of pips.

Oh no! And I'm all out of lemons and don't want to buy grocery store lemons from south america...

The photos make me pucker! Lemons Lemons we all need lemons!! The Amalfi has the best in the world!

oh no!that's a beautiful lemon tree and garden you have even without the lemons. A few years ago we had a huge passionfruit vine which was loaded with almost ripe fruit. It climbed all over the neighbors fence and one morning, without telling me he cut it all down with all the beautiful fruits on it. He told me he didn't know it was edible.

what goes around, comes around... may carma catch up to him/her.

Oh no! They stole your lemons? That's awful! Even in such abundance, those lemons are like gold...

The lemons on the Amalfi coast are the best. I swear I have daydreams about them every time I see the scrawny lemons in our local grocery store.

My boyfriend and I walked up the mountain from Amalfi to Ravello and we saw some gorgeous lemon trees along the way. There weren't many people around since most sensible people would just drive or take a bus. However, we came across a couple that was on their way down; they were looking very sheepish because they had their hands full of lemons which they'd obviously stolen...I guess they weren't expecting to see anyone else climbing up the back way!