Few of you will be aware of this, but in the midst of Christmas celebrations in Positano, a very special Festa takes place with contestants vying for a prize for sponginess, taste and hole-liness.

La Festa della Zeppola in Positano is a winter get together on the main beach which in amongst the organized games of football and treasure hunts, homebodies hibernate in their kitchens levitating dough and frying, dipping in sugar or dribbling honey in order to put their best donut forward to the judges.

But the donuts or Zeppole in Positano, which were once offered in a basket lined with lemon leaves, resemble not their industrial American counterparts, but are an ingenious way of putting together that which the Coast has best to offer.

Lemon zest, orange peel, pine nuts, and raisins grace the interior of these spongy delights, and local honey sweetens the exterior. Some add potatoes or milk to the mixture, others keep with the tradition of turning the dough over in the oil with a twig off the lemon or orange tree rather than the usual cooking implement, but most connoisseurs will agree that a hole in the middle is essential.

So when the proud ladies with their head held high present their wares to the judge and offer some to the bystanders what do I do? I skulk to the back of the crowd in shame, comparing these perfect beauties with my lot back home. Loving prepared, after an afternoon spent frying and filling oneself on oil fumes so that my husband has his traditional Positano donuts, I wonder how the heck do they get that hole to form so neatly in the centre. For if I were to present my Zeppole at this festa, they would be sure to get the ‘Ugly Betty’ award. 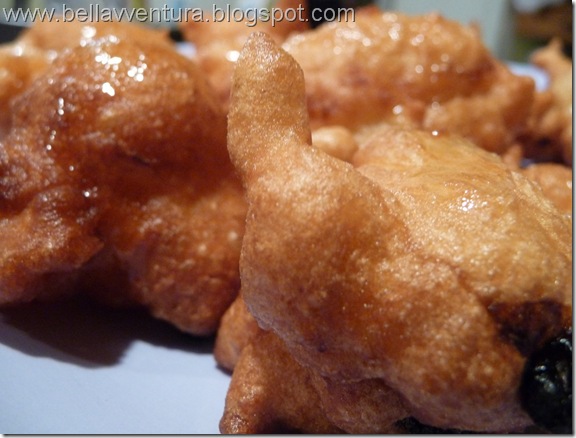 My zeppole look as if they’ve been dredged from the bottom of a swamp (after being there a long time). With no hole to speak of they sprout antennas and feelers in all directions, their bloated bellies extending in defiance where there should have been a cavity. As they hit the hot oil, the yeast takes on a life of its own, a growing blob of dough reaches out gasping for air and then, like the sorry life forms at Pompeii, stays that way. 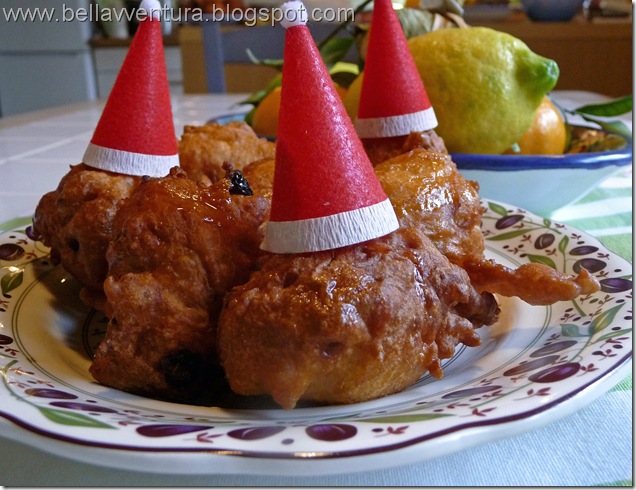 But I haven’t given up on my Zeppole alla Positanese. My multi-limbed mutations still taste quite good, and despite the sniggers smiles from the kids, disappear as soon as I make them proving that you can’t judge a book by it’s unappetizing cover. Zero on presentation –ten on taste.

If anyone wants to give me lessons, I know I have a lot to learn. 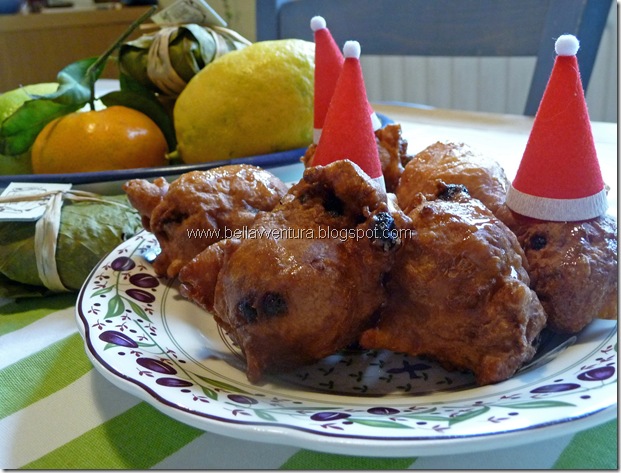 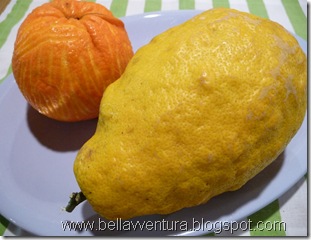 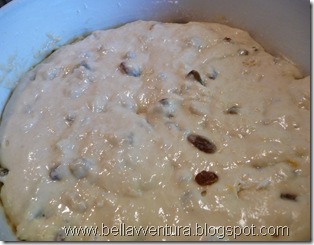 Put 50gms of yeast to rise with 600-700gms of flour, add enough milk and water to create very soft sticky dough. Add a tablespoon of sugar, a good handful of raisins, grated zest from a lemon and an orange, pine nuts and a pinch of salt. Let it rise for an hour. Deep fry in small spoonfuls. Drain on kitchen paper. Drizzle with honey diluted in water or dust with icing sugar. Serve on the same day. 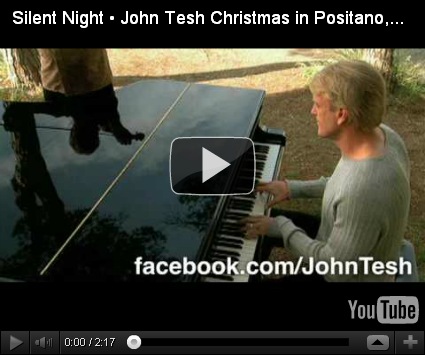 I think they all look delicious!!!

I wish I was eating one right now! Have a great Christmas.

i love them! we call them speengie. sicilian dialect don't know how to spell it! Yum.

Yum! Hope you had a wonderful Christmas!
Happy New Year!

I love the Babbo hats on them LOL

I enjoyed all your post...keep it up!