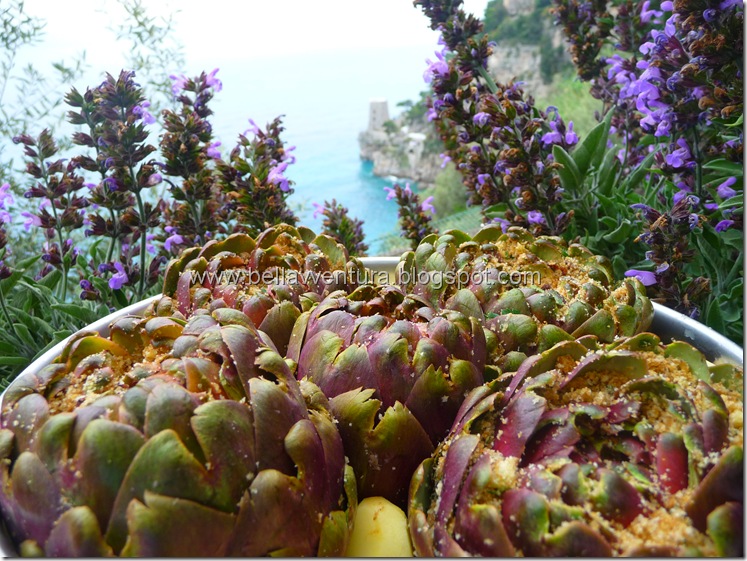 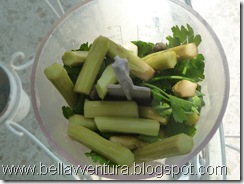 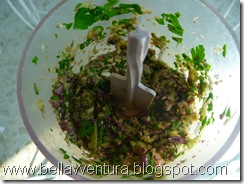 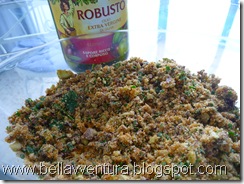 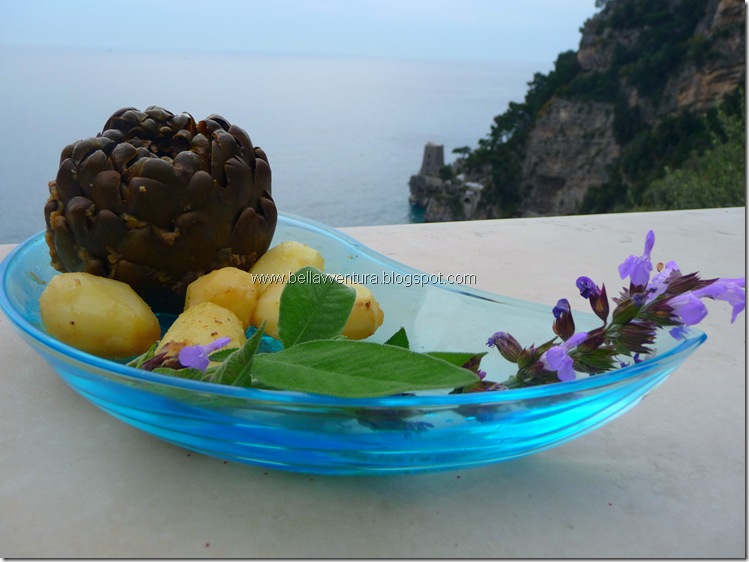 Rest them awhile, take your time and slowly enjoy the taste of Spring…
by Rosa

I haven't made stuffed artichokes in ages. Guess what is going to be on the menu this week?! Thank you for the re-inspiration.

I could eat artichokes everyday, one of my absolute favorites! welcome back I missed the view so much!

I love the new header, it is not just in Southern Italy that meals involve the simplest fresh locally seasonal vegetables, it is the same here in the Viterbo region :)

I thought you had a new look, and after reading another reader's comments, it's confirmed. The photo is beautiful, as are all the ones of the Amalfi coast. Your artichoke recipe is right up my alley - I could eat them that way every day. And yes, to your question, you should definitely use your homemade jam in that cheesecake recipe.

I'm with Proud Italian Cook, LOVE artichokes and could eat them every day! My mom would make stuffed artichokes several times during the season in California. I like the idea of adding capers and olives, and will try it that way the next time. Glad you're back!

I love artichokes and I will definitely be trying this recipe - thank you.

I have never put capers or olives in my stuffed artichokes. I am so glad you make them on top of the stove, some people put them in a roaster in the oven. I think that dries them out!! I will try adding the capers but not sure about the olives :)

so amazing pics and these food pics looks so delicious.

A new healthy artichokes experiment i love how they prepared it

My absolute favourite dish of all time. Thanks for sharing!