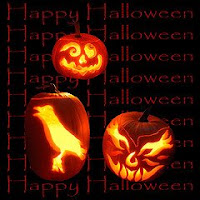 Our house in Positano, is quite close to others, but isolated by a long stairwell which leads to abandoned gardens just above the sea. Neighbours rarely live in the houses, coming on occasions for weekends or for the two weeks in the August holidays, so we feel quite alone. The stairwell at night leads into darkness, lit only by moonlight and the shadows of bougainvillea moving in the breeze.

There is nothing but the silence of the sea for company...


A long, long time ago, almost fifteen years to be precise, I was in Positano in the early summer holiday. I was still young enough to be naive about opening doors to strangers. That night, I was the only adult in our house and had three sleeping young children upstairs. A film had just ended on TV, and on opening the door from our lounge room to the large dining room, I was detained from getting the glass of water in the kitchen before retiring, by what I believed to be animal noises outside in the garden.


I approached the moonlit hall entrance to listen closer.


I was used to cats yowling and the scamper of small animals in the night, but this was slightly different and curiosity got the better of me. A scuffling, groaning sound came from behind the door. For want of something better to imagine, I thought it might be two dogs having it out on the steps and thought I could scare them into leaving our garden.


I turned on the light in the hall and opened the ancient wooden door, just a chink, to peer outside.


I slammed it back shut straightaway and double locked it my heart thumping madly.


What I'd expected to see and what was there, were as far apart as the moon and the sea. Smack leaning against the door, was the back of a man dressed in a blue striped polo shirt obviously embracing someone.


Well, I let all my rage out and yelled at them that they could find another place for their canoodling. There was no need to trespass in private property.


There was no response from them and after a while I couldn't tell if they'd actually left, so I ran upstairs on to the outside top balcony which overlooked the stairs to see if I could spy them. They were quite calmly leaving the gate. The girl following the man someway behind.


The following day, I received a call from a neighbour in the alley behind our house, with whom I was only on 'Bongiorno' terms. She asked if she could drop by with her sister-in-law because they wanted to talk to me about something.

Seated in front of that very door, the upset sister-in-law thanked me in person because my timely interruption of the little scene on my porch had prevented a friend of her husband's from violating her daughter, a young teenager.
The man (a neighbour), believing the house uninhabited, had led the girl there with the surmise of showing her something. After my intervention, he told her not to say anything and to walk away. She was too shocked to react. Unfortunately I couldn't help more by testifying, as I had only seen him for the second before I panicked, but she was grateful that things had not gone any further and they eventually pursued the matter in court.

Guess whose scared to open the door at night now?

For more Halloween 'Blogapalooza Party' stories Just Go over to Angela's !
by Rosa

That is most certainly a scary story! Well done for playing the hero.

Good for you! That had to make you feel good! I'm glad they thanked you too.

That got my heart beating! Poor girl. Men!

Good for you! And what a scary thing to happen!

Oh, Scintilla, your story is absolutely spine-chilling! I'm so glad you commented on my blog post because how interesting it is to "meet" someone from your part of the planet. Thank heavens you did open the door, but also, thank heavens you will not do that again!

Your comment gave me a chuckle because "Smashing Pumpkins" was a rock group in the 80's and I've been blogging a bit about the 80's for some reason lately, LOL!

I'm so glad you acted and opened that door. Thanks for the story!

The girl was lucky, but you were too!

OMG! OK, that was seriously heartstopping. What a bastard!

Scary! It's great that you said something and saved that girl.

I say leave your door shut, but keep up the yelling!

Yikes! That's a really scary story! Thanks for participating in Blogapalooza!

You win - that's the scariest story I've heard in a long time. What lucky timing!

I like a scary story with a happy ending. Well done.

Keep a baseball bat by the front door!

My gosh! I am glad you opened the door on that occasion. As I was reading the story I thought that someone was going to attack you, but luckily you stopped someone poor girl from being attacked.

That got me. What a story. I am glad you were still to young to not know about opening the door!

Very scary story indeed!! Thank goodness you did open the door..hate to think what the consequences would of been. No wonder your heart was pounding!!!

You must be very very careful. I never open my door at night, I always go upstairs and look out of my bedroom window.

What a jerk! Good thing you came along!

Thank goodness you were there...I certainly hope that he got what he deserved for trying that with the young girl...

Bravo! From pumpkins to genuine heroics. So glad to have found your blog.

Scary and a good deed too. What an amazing story.

I love the photo at the top of your blog, too. It's beautiful!

Definitely unnerving, and all the more so because it's so thoroughly grounded in reality. Sad as it is to consider, things like this happen all the time, but lucky for this girl, you were there to interrupt.

crazy, SO GLAD you opened that door!

OMG that is a scary story but one with a happy ending. Good thing you had the nerve to say something and to scare him away.

Oh my gosh! SO not the ending I imagined!

Whoa. That is a truly scary story. How lucky for all that you investigated!
Becky

Wow! How scary for you, but scarier for that poor girl. Glad you stopped a crime with your bravery!

amazing how sometime things that seem so trivial are really so much more ... thank goodness it ended as it did.

That's a scary story, thank goodness you went and checked out the noises, though.

Funny how a small action on your part (opening the door) made a big difference in that girl's night!

Keep up the good work with the blog, I love reading it!

I am so jealous, I was born in Italy, now live in the US, but every summer I come back and wish I could stay. I enjoy reading your blog and seeing the pictures of Positano, been there three times, yes in August, hopefully one day I will return and stay!!

Wow, it amazes me that such a thing could happen here as well, I always feel this is such a quiet, safe, little town. Must remember this from now on. Relieved you could help the girl though.
dollyna

Thank you everyone for leaving such nice comments.
Just wanted to say that what I did wasn't heroic, but silliness on my part, which worked out well for the girl.

On a happy note, I am so thrilled to have found your blog!! We are 'almost' neighbors ;)

wow, what a story! Glad it all worked out. Isn't it customary to throw a bucket of water at the culprit? ;)

How very very seedy. And, how lucky for the girl that you opened the door.

BTW, did your sister enjoy the concert?

..and I have to walk on those stairs alone almost every night I am in positano....:(

This was a wonderful Blogapalooza.
All your writers showed great initiative in this venture. Thanks for sharing.

Wow. Well done. I'm an Aussie, living in a village...mine's in India though :)